Skip to content Skip to navigation menu
Mokaflor Oro
80% Arabica, 20% Robusta
80% Arabica and 20% Robusta beans are used in this mixture from the traditional Florentine roasting company. A very light, finely developed acidity underlines the pleasantly soft character of this top variety. Coarsely ground, it is also ideal as a filter coffee.
Go to Product
Pellini Aroma Oro
80% Arabica, 20% Robusta
A medium to strong roast with a very good crema formation, the Pellini Aroma Oro is an easy delight with medium caffeine content. The medium to full-bodied flavour with a slight sweetness goes over in a nutty note, making it perfect fit for café crème, latte macchiatto, cappucino or even a light espresso.
Go to Product
Kimbo espresso Napoletano
80% Arabica, 20% Robusta
Created according to Neapolitan tradition, the Kimbo espresso Nepolateno is dark roasted with particularly low-acid beans, creating a full body with intense taste. Works well with drinks mixed with a lot of milk due to the intense flavour, or as a strengthening espresso.
Go to Product
Hausbrandt Gourmet Columbus
Columbian Arabica
A subtly citrusy and pleasingly sweet aroma. The secret that makes this blend truly unique is the careful selection of the finest quality Colombian Arabica, which lends the coffee an exquisite combination of bitter cocoa and liquorice root nuances. 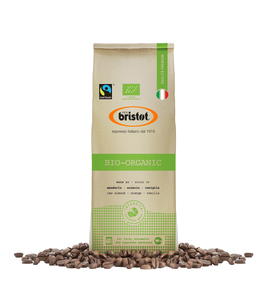 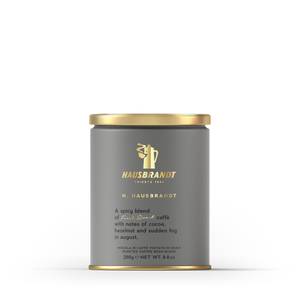 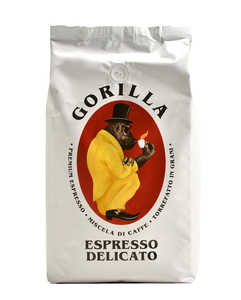 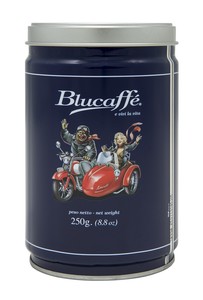 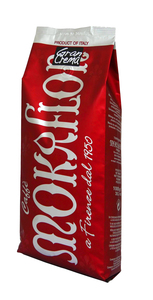 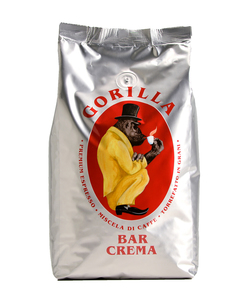 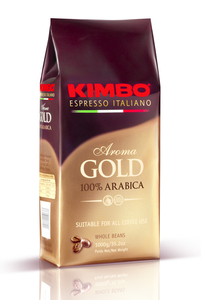 It all starts with a cup of Mocha

How or when coffee exactly began is a mystery, but we can be pretty sure that the bean was originally chewed before people began brewing it, with the first recorded coffee drinking occurring by 1400. To be more precise, Yemen was the hotspot for coffee drinking at the time, with Mocha being the coffee capital. There it was often enjoyed in coffee houses (qahveh khaneh), during long religious rituals, or simply in one’s home. Does that word, qahveh, sound familiar? It is derived from the Arabian word qahwa, meaning coffee, would soon spread along with the drink’s reputation. What happens next is disputed and largely depends on who you ask. Some would say the qahwa became the ottoman Kahveh, which became the Dutch Koffie and finally the universally understood coffee. Others would say it went from Arabia to Italy via Venitian traders, initially as Caveé before turning into Caffè and then coffee.

But everyone wasn’t so keen on this energizing Wine of Araby. One of the earliest attempts at banning coffee was made in Mecca, where a young governor feared the act of drinking coffee stimulated radical thinking and socializing, a combination that could unite the governor’s opposition. But perhaps he had a point, as it is often said that the French revolution was at least partially planned in coffee houses. The ban would however soon be lifted, as the local populace and authorities had grown too fond of their coffee.

Coffee faced some rough opposition in Italy as well. In the beginning of the 1600’s, high ranking members in the clergy and some of the pope’s advisors were urging Pope Clement VIII to ban this ‘Bitter invention of Satan’ that was so popular among Muslims. After his first taste, Clement VIII (allegedly) said “This Satan’s drink is so delicious that it would be a pity to let the infidels have exclusive use of it”, and so coffee gained a papal blessing of sorts, stopping this ban attempt.

From a well-guarded secret to the second largest export worldwide

The Yemeni were, understandably, protective of their lucrative secret, and all beans to be exported had to be either processed by boiling or partial roasting and thereby sterilized. But smugglers would eventually be able to bring the sought-after plant to other continents with the Indian region of Mysore generally viewed as the first coffee growing region outside of Africa or the Arabian Peninsula. The Dutch would soon follow suit and have their very own large-scale plantations on the island of Java (ever had a cup of Java?).

The French king Louis XIV received coffee plants as a gift form the mayor of Amsterdam in the 1710s, a gift that would lead to the distribution of the coffee plant to the Americas a few years later. How exactly it happened is being fought over, but according to the exporter himself, a young naval officer by the name of Gabriel de Clieu, it was far from a smooth sail. In his version of the story, the King refused to let de Clieu have seedlings from the King’s precious coffee plants, but de Clieu was adamant and would manage to steal a plant from the King’s garden. The voyage to the French colonies would challenge de Clieu and his coffee plant with horrible weather, sabotage attempts, a pirate attack, and water rationing that led de Clieu to share his water ration with the plant. If we believe his account, both him and the plant seems to have had the devil’s own luck, so perhaps the clergy in the 1600’s were on to something. Nevertheless, the plant thrived in the Caribbean colony of Martinique and would in less than half a century become the multiply to amount over 18 million coffee trees on Martinique alone, making the Martinique tree the parent of almost all the coffee trees throughout the Caribbean, Central America and South America.

The coffee’s introduction to Brazil is said to have come through a Brazilian military man sent to French Guiana in 1727. The French were unwilling to share their precious plants at first and it seemed as if the Brazilian military man would have to return emptyhanded, but the governor’s wife was so captivated by the Brazilian’s looks that she gave him a large bouquet of flowers before he left. As you might imagine, the bouquet contained more plants than simple flowers, and the Brazil coffee industry could now take their first stumbling steps before becoming the world’s largest producer of coffee, a title they gained in 1850 and have held on to ever since.

Nowadays we all enjoy coffee differently: Omani with a dash of cardamom and saffron, Scandinavians as black as the night, Americans with as little beans as possible, Latin countries in smaller but stronger portions, and the Irish with a large dash of whiskey.

Ever wondered which country drink the most coffee? Or if those 2€ you pay for a cup is a fair price? Here’s a couple of interesting list for you.

Top 10 priciest cities for a cup of coffee